This blog has been translated into Spanish and Chinese.

A couple of weeks ago, the phrase kept running through my mind, “Something is being recalibrated…” As I felt my way into it, I realized that it was the Earth, her energetic configuration was being changed.

Then, FWHAM! for over a week I was exhausted. And so was everyone else I know. Often this sort of fatigue means we were getting rewired. In this case, after the Earth went through her recalibration, our awareness fields were rewired to be in sync with her new configuration.

The process is not unlike installing new software on your computer. First, you load the new software program, then you have to reboot the computer; you have to take the whole computer down, then bring it back up–in a new configuration. All of that fatigue? We were being taken down in order to integrate our new software.

Before this rewiring, if you didn’t have much egoic structure, you could stop, close your eyes, and experience your awareness stretching out to infinity. For me, it always felt rather empty and formless. Now, after my rewiring, it feels richer, as though there is a patchwork of portals of consciousness available, stretching out forever. 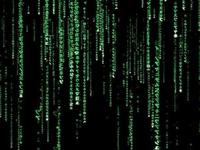 Now that I think of it, it’s actually more like activated Stellar Downloads than activated Universal Mind Containing Fullness. When you tap into the Stellar Downloads that are raining down on the planet, they resemble the digits that stream down the screen during the Matrix movie. Only each of these “digits” is a complete world!

Part of the reason I moved to Vilcabamba, Ecuador was to facilitate grounding some of these Stellar Downloads. A few months back, I began investigating them, in other words, I stepped into a few of those “worlds”. Outrageous! They make the Ancient Templates look like tinker toys.

Hmmm. Maybe it’s time to start playing with the Stellar Downloads. Are you game?