This blog has been translated into Chinese, Spanish & French.

In the early 1980s, shortly after becoming a student of Rama, my spiritual and mystical teacher, I began hearing students describe their experience of having Rama lay his hand on their third-eye — the chakra in the subtle physical body between the eyebrows and slightly above. 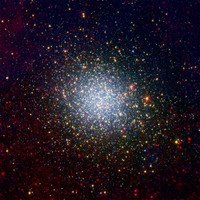 “It was the highest experience I’ve ever had.”
“My mind dissolved into light.”
“My awareness became the universe.”

Duly impressed, I longed to sample the intensity of this grandiose experience for myself.

A couple of years later, my opportunity came. When Rama took his students to the Anza Borrego desert for mystical training, he always formed a circle at the end of the all-night journey and, standing in the center, turned slowly around, focused on each student, then shot them full of mystical kundalini. On this particular evening, he broke the pattern and, approaching someone in the circle laid the palm of his hand on her third-eye. Then, the person beside her. Moving slowly from person to person, he gave each of his students a spiritual “blessing”.

My heart raced. He was slowly making his way toward me! I was wearing a bandana on my head to keep my hair back in the wind. Quickly, I removed it and stuffed it in my backpack certain that if my forehead was bare I would be better able to receive the full impact.

At last Rama stepped in front of me and, with a gentle movement, laid his hand over my third-eye.

The grandiose, 2012 energetic doorway around the winter solstice in December? Don’t be surprised if your experience is something similar to the one I had in the desert: subtle.